The entire catalog of Stuck Underwater is available for FREE!!! Downloads and streaming available at ---

If for some reason you want to pay for music and/or Itunes is easier to use, please use any of these other sites ---

CLICK HERE FOR THE MOST RECENT OFFICIAL VIDEO BY STUCK UNDERWATER

CLICK HERE FOR THE OLDER OFFICIAL VIDEO BY STUCK UNDERWATER 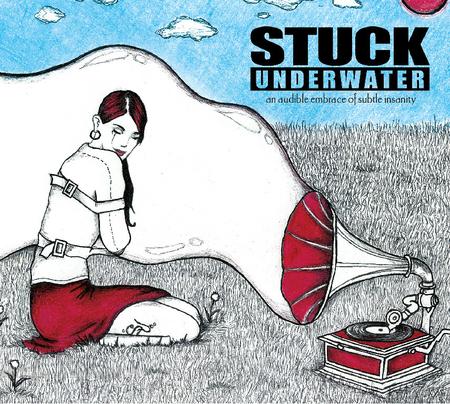 Click here for FREE download/stream of the final E.P. "fin" and the entire discography from Stuck Underwater 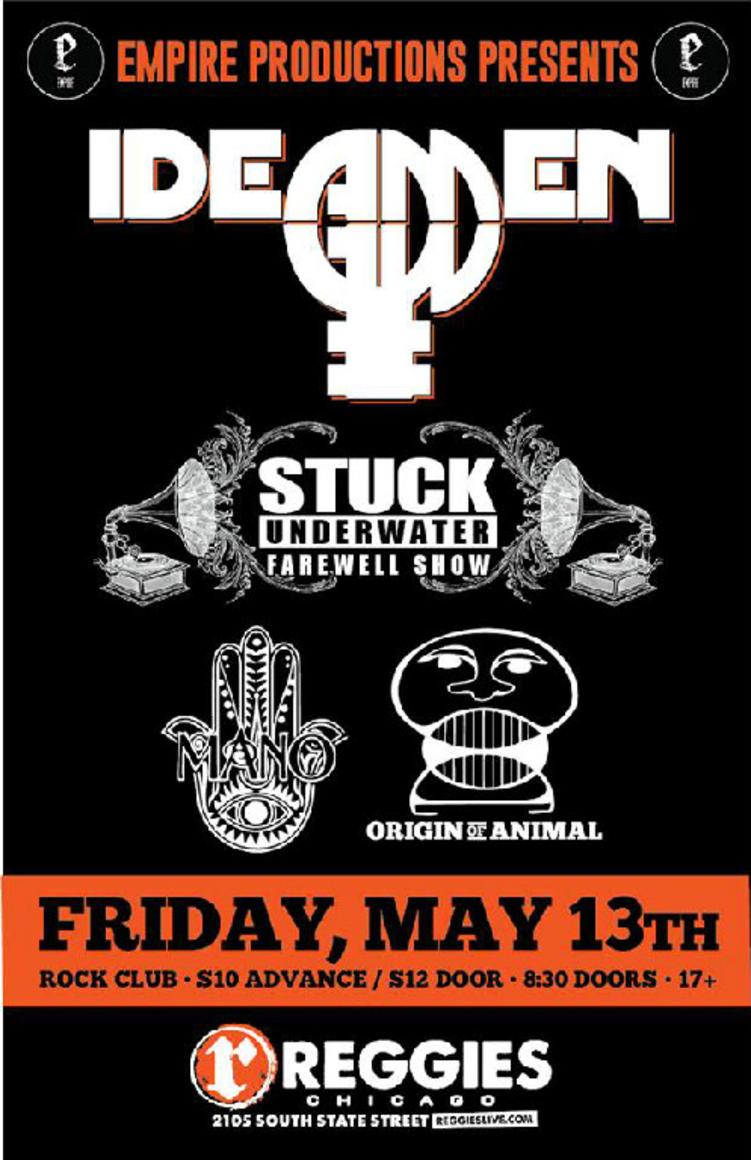 After eleven years (over six with Jim), two full albums, around a hundred shows (we lost count), Stuck Underwater will be coming to an end.  We have run our course.  Life has made us make some changes.  It is time to move on . . .
We started this band as an effort to make some noise and break some rules.  We did that.  Along the way we all became friends, brothers, family.  We lost family and gained more family.  We played basement shows, big venues, small clubs, barns, and living rooms.  We once played a thirty second show where the cops shut us down after it was considered a hostage situation in the basement of a tattoo parlor.  We slept in the van.  We escaped hotel fires.  We left gear outside of venues in towns very far away from home.  We saw the sun rise while listening to Miles, Elvis, Stevie, and Clutch tunes.  We had a couple meet at one of our shows and get engaged later at another show.  We jammed with strings, horns, extra percussion, keys, and extra singers.  We played most shows without saying a word, just stringing song after song together. We TRULY let the music do the talking.  We saw Shern climb his share of things he wasn’t supposed to climb.  We saw Teter age a few more years than everybody and still have the fullest head of hair in the band.  We saw Beav carry the damn metal fan home after a show.  We saw Jim make a comedian cry.  We drank A LOT of beer.  We created enough energy at some shows to power up full city blocks.  And hopefully, we made some noise that made some of you as happy as it made us.
Before we officially put the band to sleep we have some plans ahead of us, plans that you all will hopefully enjoy.  We’ve written a couple of quality new songs since we put out our last album, and we plan on recording and releasing those soon.  We also fully intend to play one “light up the city,” “burn down the house,” final show.  More details on this stuff to follow in the next few months.  Hey, we’re done now, so we’re not in a hurry for anything.
We’re sad and emotional right now, but extremely proud of what we’ve accomplished.  Stick around for a little bit longer and hopefully you can all join us for one last celebration of sound.