Many years ago a group of Chicago-area musicians came together to talk about music. They talked about thrash and soul, punk and funk, hardcore and jazz. Not content with playing the same old heavy music, they threw together all that noise into the sonic explosion that is STUCK UNDERWATER – music made with no rules at all.

After toiling on stages in the Chicagoland area (Metro, Double Door, Beat Kitchen, Logan Square Auditorium, Mutiny, Abbey Pub, etc.) as well as road shows throughout the Midwest, STUCK UNDERWATER has seen their fan-base grow with each high energy live show. No stage, no line-up, and no crowds have been too far out of reach for the band to connect with. The 2009 addition of drummer Jim Svoboda to the already solid line-up of Chris Shern (lead vocal, trumpet, harmonica), Chris Teter (bass, backing vocal), and John A Beavers (guitar, backing vocal) has further enhanced the already diverse sound STUCK UNDERWATER has to offer.

STUCK UNDERWATER’s newly released sophomore album, An Audible Embrace Of Subtle Insanity, has brought the band’s sound to an all new level. The self produced Insanity invites listeners in with the sweet grooves of “The Crooked Face Of Redemption” and “Recognizing The Saints,” while still keeping it heavy with the title track, and rounding it out with the eclectically trippy epic “Left Right Black White.” An Audible Embrace Of Subtle Insanity combines intelligent lyrics with aggression, smooth grooves, vast sonic landscapes, and instrumentation not normally associated with heavy music.
Future plans for STUCK UNDERWATER include further touring in the Midwest as well as the creation of more noise that will crush the rules even further. 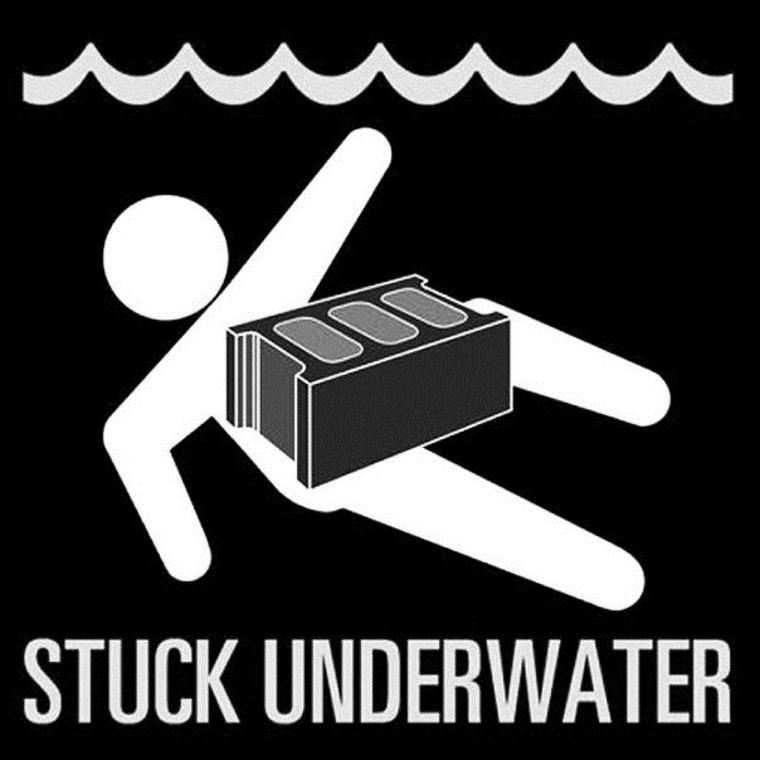